it is characteristical of modern Korean culture for its people to gather in proximity into crowded living areas . also interesting to find similar types of stores gathered around certain districts of the city . the former comes as the nation came out slowly from the War, where major areas were developed first, then more – hence offering better standard of living there, while the latter is more for the convenience of the shopper who would know what to find where : increasing sales for the well-trenched vendors .

as ensuing harsh military dictatorships pushed its citizens to work harder and harder .. to see’em all coming into the Capital of SEOUL seeking jobs and fortune : it got so crowded the city boundaries had to be extended . so the story goes : the first of the strong-men devised a series of plans to erect huge blocks of apartment complexes South of the Han River : aptly called KangNam (South of the River). and the start-point of all this was none other than this BanPo-then – now called GuPanPo (old BanPo) to distinguish from the newer section East-ward which comprise BanPo (outer-city) Bus Terminal where SEOUL, thus Korea’s second mammoth shopping complex was added as Central City .

but “old” here means mere 40 years as the nation has jumped-started to develop mighty swiftly onto the Millennium ..

the first apartment complex in GuBanPo were 4~5 story buildings and every apartment complex large-or-small has since a shopping building called Sang-Ga (market building in old terms) differentiated from Shi-Jang which still means open-market, where its habitators can purchase daily ameities and groceries . soon all earlier department store buildings would be enlarged massively to encase super-markets within, with much imports including cheese and wine . also conglomerates established and bought-out super-marts in major regions through-out the Peninsula with internet order deliveries .

BanPo Plaza where our boutique is located was and is the shopping building for apartments surrounding this area, at the main intersection where also is Subway Line 9 Subway Station . being THE oldest apartment complex although all the buildings have been re-built thus going-up much higher : mostly old-riche borne from military and government back-grounds still live here .

slide-show at the beginning of this website illustrate the short drive from SEOUL’s long-time expatriate district YongSan (US Base which take the North half of SamGakJi intersection), iTaewon and HanNam Dong . as South Korea developed after the SEOUL Olympics in 1988 more military personnel and dependents withdrew into its bases . instead Japanese tourists came shopping onto iTaewon and when its Yen currency falls : come the Chinese and South-East Asians . still iTaewon remains an tight working AND residential area for Arabs, Africans and LGBT’s . ofcourse much expatriate and branch managers live around the whole NamSan (South Mountain) Southern slopes and HanNam Dong Eastward to UN Village (where a whole-new set of apartment complexes were built – as favourite of Korean-Americans and entertainment stars) triangle, but prime Real Estate have spread here as well along with a few new high-tech high-rise apartments .

mother-land’s development and its doctrine to teach everyone from kindergarten to graduates English AND foreign language marked as a key point in promotion at the office : many second generation immigrants returned to teach and work, settle down temporary housing in the immense satellite city of BunDang half-an-hour’s drive South of the Capital .

sometime over the Millennium French expatriates and branch workers moved-out of HanNam Dong above to take hold of a hill disecting the whole riche KangNam East and purely residential area West . and with a name soft as French : SeoRaeMaul (SeoRae Village) is now known for cozy Western-fusion cafes and restaurants .

we are geographically at the center of, and located within 15 minutes by car or subway from all areas fore-mentioned clock-wise from North-East : YongSan, iTaewon, HanNam Dong, BanPo Bus Terminal & Central City and SeoRaeMaul . even a stranger cannot go wrong as we are at the next building from a Subway Exit . 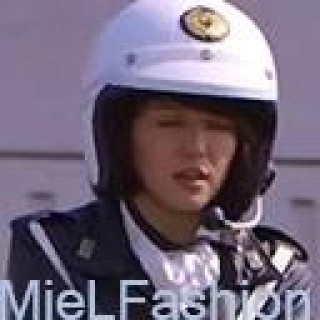 Open Monday through Saturday 1 ~ 7pm, CLOSED Holidays and owner out on Mondays